Cyprus is an archaeologist’s paradise. There are several ancient sites, all over the country and several of them are in Paphos where I stayed, and excavations are ongoing.

Agia Kyriaki Chrysopolitissa in Kato Paphos is a very interesting site where over the centuries from the 4th century until the 16th century, a number of buildings of Christian worship were created and destroyed.  The exact history seems very complicated, and involved Arab invasion and Earthquakes, building, destruction and rebuilding many times.

The existing church is used for worship in recent times. I didn’t think it was open while I was there, but I understand that it is beautiful inside. Worth a look judging by the photos I have seen.

Here are several photos of the current building and the ancient ruins that surround it.

Below is a photo of an information notice at the site. If you click on it you will get a sharper, more readable version.

The ancient sites of Cyprus are particularly noted for their splendid mosaics, some of which you can see below.

There are raised walkways around the site, offering great views of the mosaics and other remains, without damage to the antiquities. 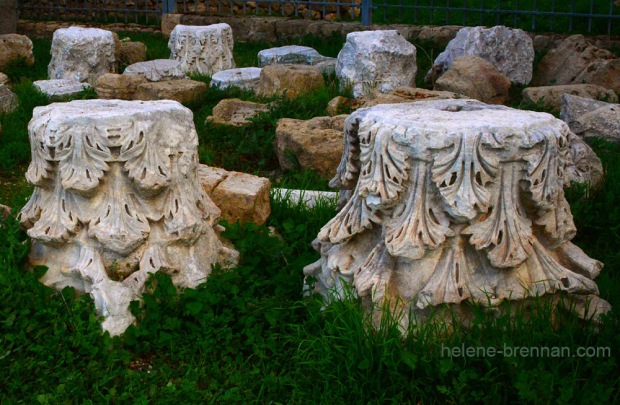 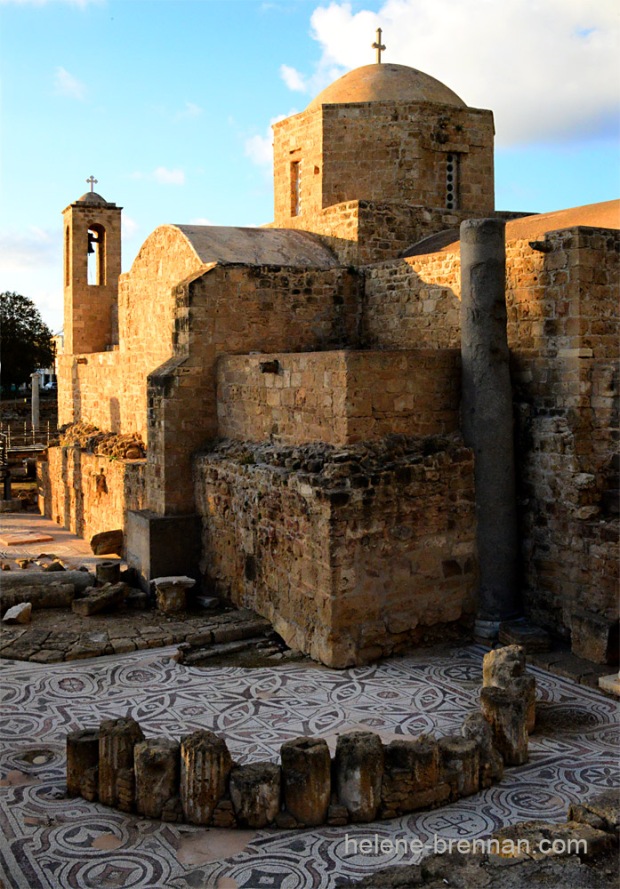 St Paul and St Barnabas are believed to have visited this place to spread Christianity in 45 AD, and it is believed that St Paul was tied to a pillar by the Roman soldiers and whipped  39 times, before the Roman Governor Sergius Paulus was converted to Christianity. The photo above shows the pillar marked with a red arrow.

Thanks so much for viewing my post. If you would like to see more of Cyprus, I have made a number of other posts on Cyprus. See the links below, and watch out for more to come.

CYPRUS, IN THE TROODOS MOUNTAINS

TIME AND TIDE – and Flaking Paint (old boat at Latchi)